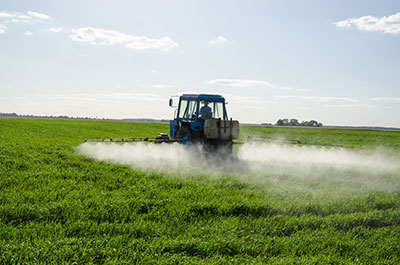 Our experienced injury lawyers are investigating the injustices withstood by farmers and agricultural communities due to paraquat exposure at the hands of the Chinese-owned manufacturer Syngenta. Hundreds of studies have proven a linked between exposure to the widely used herbicide, paraquat, and Parkinson’s disease, yet few are aware of the adverse health risks and those that are, are doing little to manage the known dangers.

What is Parkinson’s Disease?

Parkinson’s disease (PD) is a chronic and progressive neurodegenerative disorder that affects predominately dopamine-producing neurons in a specific area of the brain, as stated by the Parkinson’s Foundation. There is no single test or scan to detect PD and the disease shows various symptoms ranging from soft speech to dyskinesia (erratic writhing movements), but there are three telltale signs: bradykinesia (slowness of movement), tremors, and rigidity. Currently there is no therapy or cure to slow, stop or reverse the aggressive progression of Parkinson’s disease.

Many victims face emotional tolls with additional mental health issues, like anxiety and depression, which is only amplified by financial burdens. Medications alone cost an average of $2,500 and surgery expenses reaching up to $100,000. Nearly one million individuals are living with PD in the U.S. with the numbers rapidly growing as approximately 60,000 Americans are diagnosed with the brain disorder each year. According to the American Scientist, the number of people diagnosed with PD more than doubled between 1995-2015 and is on track to double again by 2040. Many years of scientific research has demonstrated a strong association between the use of paraquat and the rising numbers in PD victims.

Paraquat Dichloride (paraquat) is one of the oldest and most used herbicides (plant killer), primarily for weed and grass control. Paraquat was introduced to the marketplace in the mid-20th century and marketed to the public as a fast-acting, less labor-intensive alternative to till farming, killing grasses and weeds to minimize ploughing and help prevent soil erosion. Due to its non-selective ability, the chemical agent was deemed to “have provided the greatest breakthrough in chemical weed control at the time of its discovery,” as claimed in the Uses and Usefulness of Paraquat. The toxic chemical continues to be employed, commonly in a spray form, on more than 100 different crops in almost 100 countries creating a growing $640 million market for the chemical, according to the Australian unit of Syngenta AG.

As reported by the Pesticide Action Network Asia and the Pacific (PANAP), paraquat is the most highly acutely toxic herbicide to be marketed over the last 60 years. The Centers for Disease Control and Prevention (CDC) deems the substance as highly poisonous and details a laundry list of immediate and long-term effects if ingested or inhaled; including pulmonary edema, heart failure, coma, seizure, kidney failure, liver failure, and death. A lethal dose is around one teaspoon of concentrated paraquat and is even more toxic when inhaled.

Due to paraquat’s acute toxicity, delayed effects, and lack of antidote, 32 countries around the world have accepted it to be so toxic that the chemical has been banned. Among these nations is Switzerland and China where the substance is manufactured. Although the serious dangers of the chemical are acknowledged, the Environmental Protection Agency (EPA) has taken little action to diminish its use and paraquat maintains commonplace in farming communties across the country.

Who is at an Increased Risk of Developing Parkinson’s Disease?

Paraquat has gained popularity as the alternative to Roundup, once the world’s most popular weed killer. Those at an increased risk of developing Parkinson’s disease due to paraquat exposure are farmers, agriculture workers, pesticide administrators, tank loaders, golf course maintenance crews, and greenhouse workers. According to the American Scientist, the pesticide’s primary uses are for corn, soybeans, wheat, cotton, and grapes, but is becoming more and more adopted by other productions.

The chemical’s use comes at a great price as unsuspecting rural populations are vulnerable to the toxins. Research published in the American Journal of Epidemiology revealed that exposure to paraquat and another pesticide called maneb within 500 meters of a home resulted in an increased risk of PD by 75 percent. Additional research has suggested that the chemical can seep into the community’s water supply affecting the public’s well water. Paraquat has the potential to affect hundreds of thousands living in rural areas.

Science dating back to the early 90s has found strong evidence to prove that paraquat can cause onset or accelerate the development of Parkinson’s disease for those that work in the agricultural sector, live in rural areas, and drink well water as stated in the PANAP’s research. Researchers have long recognized the substantial evidence linking the two. In 1993, a Neurology study concluded that occupational herbicide use was the 3rd strongest predictor of risk of Parkinson’s disease after family history and head trauma. A few years later, additional studies suggested exposure is possible for individuals who live near farms where the herbicide is used.

In a 2009 multicenter case-control study of Occupation and Risk of Parkinsonism, doctors concluded the association of disease risk with pesticides supported a toxicant-induced cause of parkinsonism. The occupational use of pesticides was associated with an 80 percent increased risk of developing Parkinson’s disease. Further research that year by renowned environmental toxin researcher, Beate R. Ritz, indicated that exposure to paraquat, either directly or through air or clothing-borne herbicide drift, markedly heightens risk of developing PD.

In July 2017, the UPAC comprised of representatives from the leading national, regional, and state Parkinson’s organizations sent a letter to the EPA expressing numerous evidence-based concerns with paraquat and the chemical’s correlation to the development of Parkinson’s disease. The council urged the group to “deny the reregistration of [the] herbicide based on strong evidence of paraquat’s harm to human health.”

After years of supporting research, the first legal actions were taken against China-based Syngenta and Growmark, the manufacturers of paraquat, on behalf of farmers and agricultural workers who were exposed to the substance and, as a result, developed Parkinson’s disease. Farmers argue that the manufacturers should have known the risks associated with the highly toxic substance and had a responsibility to take steps in their research to ensure people would not be harmed by their product.

Due to the heavy and expanding agricultural use of neurotoxic pesticides, it is imperative that we act against the manufacturers that knowingly produced, marketed, and sold a life-threatening product. Meyers & Flowers is prepared to fight for justice and recover damages for those injured by paraquat. Our team of injury lawyers has a successful track record taking on major corporations and manufacturers and is primed to do so again.

If you or someone you love has worked with paraquat or believes they have been exposed to the toxic chemical and later was diagnosed with Parkinson’s disease or developed signs of PD, please contact our office today for a free case evaluation from our chemical exposure attorneys to explore your legal options.