Is Paraquat to Blame for the Rise in Parkinson’s Disease 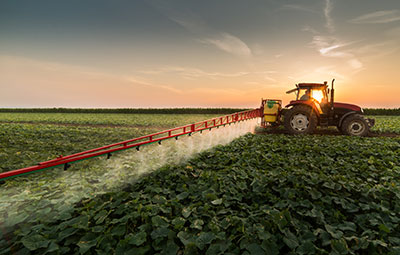 What is Parkinson’s disease?

Parkinson’s disease (PD) is a chronic and progressive neurodegenerative disorder impacting approximately one million Americans. The nervous system disease affects predominately dopamine-producing neurons in a specific area of the brain, disturbing movement. There is no single test or scan to detect PD. Although the disease exposes itself in five common stages, and with each stage that develops, the progression of the disease is more evident.

Stage One: The individual has mild symptoms that typically does not interfere with their day-to-day life. Tremor and other movement difficulties are present on one side of the body and may be accompanied with changes in posture, walking and facial expressions.

Stage Two: Symptoms begin to progress as tremor, rigidity and other movement struggles arise on both sides of the body. Walking problems and poor posture may also be present.

Stage Three: Loss of balance, slowness of movements, and a higher fall-risk mark the mid-stage of PD progression. Although the affected person is fully independent, they may have difficulties with everyday activities like changing and eating.

Stage Four: At this stage, the individual is limited by the severity of their symptoms such as inability to walk without assistance and necessary help with daily living.

Stage Five: This is the most advanced and debilitating stage. The person is now wheelchair or bedridden with around-the-clock care. Now Parkinson’s disease does not only hinder mobility but affects the person mentally as hallucinations and delusions are common.

While the direct cause of the neurodegenerative disease is unknown, research presents that both genetics and environment play a major role. Currently there is no therapy or cure to slow, stop or reverse the aggressive progression of Parkinson’s disease.

In addition to the debilitating features of Parkinson’s disease itself, those affected also experience several other comorbidities, including anxiety, depression, increased rate of infections, cardiac and gastrointestinal disorders, and fall-related injuries. As a result, victims of the disease have higher medical needs, often miss or unable to work, retire early, and necessitate assistance from a caregiver or family member. Despite the physical hardships endured by the victim, the family caring for someone with PD faces additional emotional and financial burdens. On average the caretaker, particularly spouses, spend an average of 22 hours per week providing care while they adapt to the new challenges faced as the disease progresses.

As loved ones navigate their family members evolving health needs, Parkinson’s disease is associated with significant excess costs in medical expenses, productivity or job loss, and non-medical costs. A person with PD spends an estimated $26,400 per year on their care resulting in an annual economic burden of $19.8 to $26.4 billion in the United States. These costs have a large-scale impact on our government as more than half of PD patients rely on Medicaid, Medicare, and Social Security Disability Insurance.

How Does Paraquat Cause Parkinson’s Disease?

Numerous epidemiological studies have demonstrated exposure to the pesticide, paraquat (PQ) may lead to Parkinson’s disease, and this correlation has been explained by “redox cycling”. Paraquat creates a redox cycling mechanism that induces oxidative stress – a phenomenon that disturbs cellular functions that are necessary to sustain life. When PQ is inhaled or absorbed through the skin, the chemical travels through the body and ultimately damages a part of the brain called the substantia nigra pars compacta.

Parkinson’s is characterized by oxidative stress and a progressive loss of dopamine neurons in the substantia nigra region of the brain. When paraquat enters the brain, the chemical activates oxidative stress depleting dopamine-creating cells. Dopamine enables neurons in the brain to communicate and control movement, so when neurons degenerate the chemical imbalance causes movement impairments and other physical symptoms. The exact active ingredients that make PQ a perfect herbicide, make it the perfect human toxin, killing dopaminergic neurons the same as it does plants.

As further explained in Meyers & Flowers’ Paraquat Exposure Linked to Parkinson’s Disease – What You Need to Know, those exposed to paraquat increase their risk of developing Parkinson’s disease by 250 percent. In addition, studies have concluded that occupational herbicide use was the 3rd strongest predictor of risk of PD after family history and head trauma.

Rise in Parkinson’s Disease and Paraquat Use

Parkinson’s disease is the one of the world’s fastest growing neurological disorders. The staggering number of people diagnosed with PD more than doubled from 1990 to 2015 and could double again. As the aging population alone does not account for this rise, the increased use of pesticides may play a role in the dramatic increase.

Despite having proven to be a strong link to Parkinson’s disease and the chemical’s ban in nearly every major agricultural country in the world, the United States continues to widely use PQ in farms across the country. Paraquat use in the U.S. is higher than it has been in the past 25 years, with use rising nearly 200 percent since 2009. American farmers currently use more than 8,000,000 pounds of paraquat each year to maintain common crops. Illinois takes lead as the state with the fourth highest usage of the toxic chemical from 1992 to 2017 when data stopped being collected.

Decades of research have validated a strong link between Parkinson’s and the herbicide, animal studies have replicated the features of the disease in exposed mice, and higher rates of PD have been found among those with greater exposure, not only associates the chemical with the disease but proves paraquat causes Parkinson’s disease.

Meyers & Flowers is Prepared to Help

The evidence connecting Parkinson’s disease and paraquat is astounding, yet the United States has done little to protect and educate those exposed to the chemical to the deadly consequences. As the pesticide industry continues to profit and grow, it is imperative that we take action against Syngenta and other contributors that knowingly produced, marketed, and sold paraquat. Our successful product liability lawyers are prepared to help you and your loved ones explore legal options to recover damages for your pain suffered at the hands of major corporations that we have taken on before.

If you or someone you know has worked with paraquat and has subsequently been diagnosed with Parkinson’s disease, please contact our office today as you may be entitled to financial compensation. There are no fees until we award you with the payment you deserve.