$3.5 Million Settlement For 25-Year-Old Man Injured in A Semi-Truck Collision 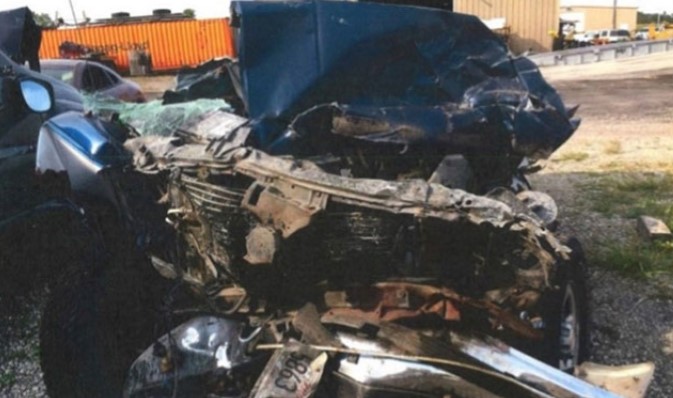 Meyers & Flowers partners, Craig D. Brown and James A. McPhedran, recently obtained a $3.5 million settlement on behalf of a 25-year-old man who sustained severe brain injuries after a collision with a tractor trailer that attempted to make a left turn across a rural highway in Central Illinois.

On August 29, 2017, John was heading southbound on a rural highway when a semi-trailer truck pulled out of the intersection to make a left-hand turn in front of John.

As the sun began to rise that morning there was thick fog covering the highway leading to extremely poor driving visibility. Although the commercial truck driver was unable to adequately see oncoming traffic, he attempted to make a left-hand turn heading northbound. “This is a classic example of a professional truck driver failing to comply with FMCSR 392.14, which requires extreme caution in hazardous conditions and obligates the professional driver to discontinue driving when conditions become sufficiently dangerous,” said Brown. As he pulled into traffic, he abruptly stopped his cab once he approached the median to avoid another motorist to his right driving north. His stopping blocked both southbound lanes creating an unavoidable hazard for John.

By the time John could see the potential danger and attempted to brake, it was too late. The impact of John’s Chevrolet colliding with the left side of the 79,000-pound vehicle resulted in substantial damage to his pickup truck. John suffered a broken leg and a severe brain injury in the collision.

According to Jim McPhedran, “This case was very challenging in several respects. The defense argued John was at fault because he was driving too fast in the dense fog and thus his excessive speed prevented him from stopping in time to avoid the collision. Second, they argued a jury in down state Central Illinois County would be too conservative to award a large, just verdict. Fortunately, we hired expert accident reconstruction witnesses who were able to produce a video recreation that among other things illustrated how and why John was not at fault. Also, we were able to demonstrate to the defense that we have obtained many seven figure settlements and verdicts which helped us convince the defense to pay a settlement that was equal to what a jury most likely would have awarded recognizing that in an appropriate case, local juries in Central Illinois can also provide a just verdict to fairly compensate injured persons and their families.”

The settlement was finalized during a mediation in May, several weeks before trial was set to begin. The $3.5 million payment will help cover John’s lost wages while giving him the ability to maximize his quality of life.

“John is a great young man who had his life changed in an instant by a truck driver’s reckless decision to make a left turn across a rural highway in dense fog. He is now able to afford the best cognitive therapy that is already helping him recover more quickly. Hopefully, he will continue to get a little better each day and ultimately return to work as a truck driver,” said Mr. Brown.

“We went to this law firm with our hardships, and they reached out and did everything in their power to help us so that we could concentrate on my son and what was needed to bring him back to us,” explained John’s mother.

“I have a deep love for my family, and we wanted only what we could have to help my son get the care he needs to live the best life he can, every day, as he will have ongoing issues for the rest of his life. This law firm and/or staff have done this and more, and we are so thankful. We give our heartfelt blessings to the Meyers & Flowers family.”

If you or a loved one has been involved in a serious car crash or trucking accident, contact Meyers & Flowers today at [email protected], 877-221-2511, or online to request a free case evaluation.