The once must-have baby product is responsible for at least 73 infant deaths and 1,000s of injuries due to its defective, unsafe design. Inclined sleeper products are marketed to soothe and calm babies by swaddling and rocking them to sleep. However, the inclined and constricted position puts babies at major risk of suffocation.

To date recalls have been issued by the CPSC for eight different infant inclined sleeper products:

What are Infant Inclined Sleepers?

Designed to help babies sleep, infant inclined sleepers, such as the Fisher-Price Rock ‘n Play Sleeper, are an inclined seat or bassinet-like cot that an infant can be strapped into with a three-point restraining system and set at a 10-30 percent incline. Some versions of the product incorporate music, mobiles, and lights to sooth and/or entertain babies. It can be set to rock a baby automatically for anywhere from 30 minutes to six hours, making it a convenient choice for parents with infants at naptime or bedtime.

Unfortunately, while sleeping, infants can turn on to their sides and stomachs and become unable to roll back over due to the product’s design. This causes their airways to become restricted or closed, leading to choking or suffocation. Also, the inclined position can cause the infants’ heads to fall forward on to their chests, and, because of their young age, they are not strong enough to lift their heads, which restricts their breathing and puts them at risk for asphyxia.

Before the recalls began, the popular sleeper chairs, nappers, or swaddlers could be found in most major department stores such as Target and Walmart, online on Amazon or baby sites, and is a common addition to baby registries. Online parenting forums contain comment after comment about how useful the product is, but there were very few cautions on how dangerous it could be until the Consumer Reports study was released.

On April 5, 2019, the Consumer Product Safety Commission (CPSC) and Fisher-Price simply cautioned parents to stop using the Rock n’ Play product if their babies could rollover. The commission stated it found that when babies rolled over onto their stomachs, they couldn’t roll back. But this warning didn’t tell the whole story, leaving countless babies at risk and some 4.7 million products available to parents. 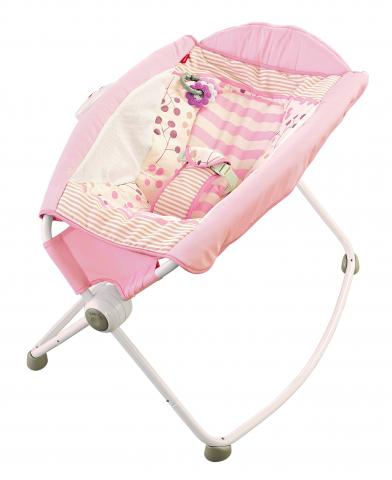 Early on, it was found that at least 32 infant deaths were linked to the product, some younger than three-months-old. The incidents occurred from 2011 to 2018. Many of these injuries and deaths were due to asphyxia and an inability to breathe caused by the infant’s position.

Ongoing investigations by the publication later revealed that at least 73 deaths and 1,000s of injuries were linked to the inclined sleeper products.

Pediatricians have long been critics of inclined sleepers, warning parents and the public about the suffocation risks of the product. The American Academy of Pediatrics (AAP) issued a strongly worded rebuke to the initial April 2019 CPSC alert cautioning that it did not go far enough and urging the agency to begin an immediate recall of the product based on the Consumer Reports study and the AAP’s advice on sleep positioning.

An AAP release stated: “This product is deadly and should be recalled immediately,” said Kyle Yasuda, MD, FAAP, president of the American Academy of Pediatrics. “When parents purchase a product for their baby or child, many assume that if it’s being sold in a store, it must be safe to use. Tragically, that is not the case. There is convincing evidence that the Rock ‘n Play inclined sleeper puts infants’ lives at risk, and CPSC must step up and take immediate action to remove it from stores and prevent further tragedies.”

“The AAP does not recommend inclined sleep products like the Rock ‘n Play, or any other products for sleep that require restraining a baby. The AAP advises against using car seats, strollers or other devices for sleep because of the risk that a baby could roll or turn into an unsafe position and be incapable of moving, leading to suffocation or strangulation.”

After a week of pediatricians, consumer advocates and parents demanding this deadly product to be removed from store shelves and homes across the U.S., the commission issued a recall on April 12, 2019.

The CPSC stated that "over 30 infant fatalities have occurred in Rock 'n Play Sleepers, after the infants rolled over while unrestrained, or under other circumstances" since 2009.

Additional recalls followed in 2019 for additional products made by Fisher-Price, Evenflo, Dorel, and Kids II. In early 2020 another 165,000 infant incline sleepers have been recalled by the U.S. Consumer Product Safety Commission (CPSC). This new set of recalls includes the Graco Little Lounger Rocking Seats, the Pillo Portable Nappers, made by Evenflo, the SwaddleMe By Your Bed Sleepers, made by Sumr Brands, and the Delta Inclined Sleepers With Adjustable Feeding Position for Newborns.

How Meyers & Flowers can help

Meyers & Flowers has worked with the families of numerous victims of defective devices. We understand what it takes to go up against major corporations who put profits above its product’s safety.

We are focused on protecting a client’s rights through exhaustive case development and trial preparations as we determine full and just compensation for clients and their families. If your family has experienced a loss or an injury due to the Fisher-Price Rock ‘n Play Sleeper and we can help you, please reach out to us at [email protected] or at 877-221-2511.