On August 21, 2021, what was called a 1000-year rain event created a man-made tidal wave swept through the town of Waverly, Tennessee, causing the deaths of 22 people, including seven children.

These deaths were wholly preventable. The tidal wave has been linked to the negligence of CSX Transportation, Inc., and James Hughey. Those who have suffered a loss are entitled to justice and compensation.

On April 5, 2022 Meyers & Flowers along with Reynolds, Potter, Ragan & Vandivort, PLC, a Tennessee-based law firm, and Newsome & Melon filed suit on behalf of ten families accusing CSX Transportation, the leading railroad company in North America, of failing to prevent the tidal wave that ripped through Waverly last year, killing 22 people including seven children, some as young as seven months old. Filed in the Circuit Court for Humphreys County, Tennessee, the lawsuit seeks to hold CSX accountable for the loss of life and devastation inflicted upon the Waverly community. The case brings claims for the wrongful death, negligent infliction of emotional distress, and general negligence.

In the press release Founding Partner Peter Flowers stated: “These 22 individuals, seven of which were children, didn’t die because it rained; they died because of CSX’s alleged negligence and calculated decision to prioritize profits over safety. While CSX found time to institute a suspension of rail service in order to protect its train cars, the company did not take the time to warn city officials of the looming danger its uncleared debris posed to the residents of Waverly.”

Gross negligence and human error prior to the event

Numerous historic rainfalls have plagued Middle Tennessee in recent years. None of these caused the formation of a deadly tidal wave or resulted in the death of a Waverly resident. The deadly tidal wave of August 21, 2021 was caused by the sudden release of millions of gallons of water that had been trapped behind an unintended dam formed by the railroad bed beneath CSX’s elevated tracks.

The CSX Levee included an underpass which, if unobstructed, allows the water flowing downstream in Trace Creek to flow under CSX’s railroad tracks in its natural course and thereby prevents the backup of water and pressure against the CSX Levee.

CSX knew that if it failed to maintain the CSX Underpass and keep it free of obstructions the buildup of water behind the CSX Levee during heavy rain events could cause the Levee to fail.

CSX allowed obstructions to clog the CSX Underpass, knowing that in a heavy rain event the pressure from millions of gallons of water trapped being the CSX Levee would inevitably trigger a catastrophic breach of the railbed, presenting a clear threat to the lives, health, and property of the residents of Waverly who lived downstream from the CSX Levee.

On August 19, 2021, CSX was aware that torrential rainfall was predicated to fall in the Trace Creek water basin lying north of the CSX Underpass. Despite the warning of impending heavy rain, CSX failed to inspect the CSX Underpass to determine if any debris were present which could obstruct Trace Creek’s normal flow.

Despite the fact that CSX knew of the danger posed by the August 21st storm to the CSX levee, CSX’s only response was to protect its own economic interests and ordered the immediate suspension of its railroad operations.

When the tidal wave inundated Waverly, streets were turned into rapids with such force that automobiles were carried away and homes were pushed off their foundations.

CSX had a duty to the citizens of Wavery, as to the Co-Defendants, and James Hughey, who owned the land where the water built up before bursting the levee in a catastrophic tidal wave.

Duty to maintain the underpass

Despite CSX’s duty to maintain the CSX Underpass, CSX negligently, willfully, recklessly and wantonly breached this duty and deliberately ignored the danger posed to downstream residents by not only allowing the underpass to become plugged with debris, but also failing to warn the residents of Waverly of the clear and present life-threatening danger the ever-rising waters on the property posed to the town.

Duty to take action regarding the water buildup

Defendant Hughey also had a duty to the citizens of Wavery to not allow their land to serve as the storage basin for the unnatural buildup of millions of gallons of water. This buildup posed a clear and present danger to the residents of Waverly living below the makeshift dam; however, for many years prior to and including the date of the tragedy, Hughey negligently breached this duty by ignoring the dangerous artificial lakes the debris-clogged CSX railroad bridge regularly caused to form on their properties, thereby enabling CSX to continue its negligent conduct.

Duty to warn the residents of Waverly

CSX and Hughey also had a duty to warn the residents of Waverly of the life-threatening danger posed by the rising waters behind the railway’s earthen levee. However, none of the defendants took any action to notify the residents of the imminent threat or the necessity of the immediate evacuation of residents living near Trace Creek.

Loss of life and further damage

The damage caused by the tidal wave was devastating, resulting in the deaths of 22 people, including 7 children. Plaintiffs were injured in countless ways by the flood, both as a result of grieving the loss of their loved ones, in many instances watching their loved ones drown, as well as from the physical trauma they endured from the water, property loss and damage.

If you suffered a loss or other form of damage from the tidal wave in Waverly, Tennessee, you deserve justice and compensation. 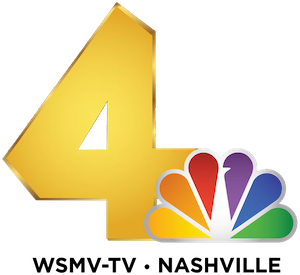 Why choose Meyers & Flowers to advocate for me?

At Meyers & Flowers, we provide the combined forces of some of the top lawyers in the Chicago area to advocate on your behalf in your case against CSX. You can count on our determination and relentless efforts on your behalf, persisting until you receive the full compensation you’re entitled to during this time of devastating loss.

Meyers & Flowers has a reputation for taking on the most challenging cases – and winning. We go the distance for you.